After three decades of unsuccessful international mediation, conflict between Armenia and Azerbaijan over Nagorno-Karabakh has resumed. However, Azerbaijan’s relative strength has changed. Baku is determined to settle the matter through military means.

To some, the sudden eruption of hostilities in the South Caucasus was a disaster waiting to happen. The preceding months had been marked by increasing tensions between Armenia and Azerbaijan over the contested territory of Nagorno-Karabakh. The rhetoric on both sides had become more hostile, heavy weapons had been brought forward and there had been a rise in the number of incidents involving live fire. By late September, it seemed to many that full-scale war was inevitable.

In a worst-case scenario, Turkey will boost its long-standing political support for the government in Baku with substantial military assistance. This will prompt the armed forces of Azerbaijan to redouble efforts to seize territories presently controlled by Armenia. In turn, this will lead Russia to join the fray and back Armenia. This said, there are good reasons why this scenario may not materialize. With the benefit of hindsight, it may be tempting to conclude that tensions gradually increased up until they reached boiling point. But it may not be that simple.  Conventional wisdom has long held that the Nagorno-Karabakh conflict between Azerbaijan and Armenia is the quintessential frozen conflict. Major outside powers that have a stake in the region were content with the status quo, and international mediation was ongoing to keep up illusions of a possible resolution.

The only player with real clout in the region is Russian President Vladimir Putin.

In the case of Nagorno-Karabakh, this state of affairs meant that Russia was satisfied with its role. The Kremlin maintained a rough balance of strength between the two opponents, including sales of weapons to both sides, and played a key role in the mediation process. What has changed recently, however, is that Turkey has entered the arena and is now very much a party to the conflict, with its own agenda of heightened confrontation.

On September 28, 2020, the second day of heavy fighting, Turkish President Recep Tayyip Erdogan called on Armenia to immediately end its “occupation” of Azeri territory, claiming that Armenian withdrawal represents the only course of action toward peace. Turkish Foreign Minister Mevlut Cavusoglu vowed that Turkey stands “by Azerbaijan’s side on the field and at the [negotiating] table.” President Erdogan’s chief advisor, Ilnur Cevik, declared that Turkey had told its Azeri allies to go as far as they wanted.

While this did raise the stakes considerably, it is still not clear if the region will undergo a fundamental geopolitical transformation. This depends not so much on the countries at war but rather on how Russia responds. On October 9, the Kremlin did succeed in brokering yet another cease-fire. While the outcome has been shaky at best, it is still a sign that the only player with real clout in the region is Russian President Vladimir Putin.

When the original conflict erupted, in 1988, it was a war between the majority Azeri population of the Soviet Republic of Azerbaijan and a large ethnic Armenian minority residing in the autonomous region of Nagorno-Karabakh. Violent clashes between the two sides were suppressed by Soviet security forces, inconclusively.  Following the collapse of the Soviet Union, in 1991, the conflict became a war between two internationally recognized states. Seeking to contain this conflict, in 1992 the Organization for Security and Co-operation in Europe (OSCE) appointed the Minsk Group. Cochaired by Russia, France and the United States, it was tasked with mediating between Armenia and Azerbaijan. In 1994, it got the parties to agree to a cease-fire.

By then, the war had left about 30,000 killed and an estimated one million people displaced. Armenian separatist forces had not only taken control over the enclave territory of Nagorno-Karabakh, which claimed independence under the name of Artsakh. They had also captured large swaths of territories from Azerbaijan that separate Armenia from Nagorno-Karabakh. President Erdogan is correct in pointing out that external mediation has spent close to three decades getting nowhere. Nagorno-Karabakh is internationally recognized as part of Azerbaijan. The self-proclaimed independent republic of Artsakh has not been recognized even by Armenia, for fear that such a move would anger the international community. And Armenian forces still control large parts of Azeri territory outside the contested region. Skirmishes along the lines of confrontation have been ongoing, and both sides have lost troops in sporadic breaches of the cease-fire. At times, like the four-day war in April 2016, such clashes escalated into major battles.

What has changed over the years is the relative strengths of the two sides. While landlocked Armenia has suffered severe economic problems due to the closure of borders with both Turkey and Azerbaijan, massive revenues from oil and gas have transformed Azerbaijan. Its increasing petrowealth has allowed it to embark on a bonanza of arms purchases from near and far (including Israel), which in turn has increased its appetite for settling the conflict over Nagorno-Karabakh by military means. What has kept the conflict frozen is the Kremlin’s interest in perpetuating a stalemate. Although Russia and Armenia are linked by mutual defense obligations under  the Russia-led Collective Security Treaty Organization (CSTO), and although there is a large Russian military base in Armenia, Moscow is still posturing as a neutral broker. The Kremlin’s role as cochair of the Minsk Group has been a key feature in perpetuating the conflict.

The main question looking forward is whether the recent escalation was due only to increasing tensions between the two belligerents, or if the real trigger was the shifting strategy of regional powers. While Turkey is the most obvious case, Pakistan has also been accused of sending fighters, and Iran is clearly concerned

Over recent years, the prospects for finding a solution to the conflict have deteriorated significantly. In October 2017, the Minsk Group did get the presidents of Armenia and Azerbaijan to meet in Geneva, to begin a series of talks on a possible settlement. But the initial optimism soon wore off. A lasting solution would require full withdrawal of all Armenian troops from occupied territories surrounding Nagorno-Karabakh and guarantees of self-determination for Armenians inside the region. Neither is even remotely likely at the moment. Instead, the two countries have resorted to uncompromising self-victimization, delving ever deeper into arguments on past atrocities committed by the other side.

At the Munich Security Conference in February this year, the two leaders locked horns in a debate that centered around past injustices. In the words of one commentator, “Both leaders missed almost every opportunity to step away from the same tired routine we’ve heard for years.” The parties have descended into “mutual existential denial,” meaning that both sides increasingly claim more of the same space as theirs.The current escalation has also been fueled by domestic pressure on the regime of Azeri President Ilham Aliyev, whose very survival may be at stake. Emboldened by support from President Erdogan, Mr. Aliyev likely saw renewed military clashes as the best way to rally support around his regime.

With conflict resolution as distant as ever, a “refreeze” could be in the cards. The Minsk Group called for “an immediate cessation of hostilities between the relevant military forces,” urging the two sides to “commit without delay to resuming substantive negotiations, in good faith and without preconditions.”

This time, the conflict involves modern heavy weaponry, ranging from drone strikes and large caliber rocket artillery strikes to the use of short-range ballistic missiles. Targets have included cities and critical infrastructure far outside Nagorno-Karabakh. Although the transformation in the nature of the conflict will have implications for the prospects of preserving the long-standing status quo. Turkey’s involvement also makes a truce unsustainable. This recent development brings something fundamentally new to the game, namely, Jihadist fighters dispatched from Syria to wage a proxy war on the side of Azerbaijan.

Armenia fielded such accusations at the outset of hostilities and was backed by the United Kingdom-based Syrian Observatory for Human Rights. Reuters also quoted fighters from rebel groups in areas of northern Syria that are under Turkish control as saying they were being deployed to Azerbaijan in coordination with Ankara. Turkey has denied sending mercenaries. The Azerbaijani Foreign Ministry has likewise insisted that no Syrian mercenaries have joined Azerbaijani troops in Nagorno-Karabakh. “We strongly deny such claims and maintain that the Azerbaijani army does not need any outside forces to ensure the country’s territorial integrity.” But members of the Minsk Group preferred to side with Armenia.

French President Emmanuel Macron stated that: “We have information today that indicates with certainty that Syrian fighters from jihadist groups have transited through [the Turkish city of] Gaziantep to reach the theater of operations in Nagorno-Karabakh.” Russia’s Foreign Ministry similarly said it had been informed of claims that “illegal armed units,” sent from both Libya and Syria, are involved. Although Moscow did not explicitly implicate Turkey, Kremlin spokesman Dmitry Peskov noted “the extreme danger in the region” emanating from the presence of Jihadist fighters.

The outlook hinges on how much truth there is to such allegations. If President Erdogan does persist in raising his own profile by supporting Azerbaijan with jihadist mercenaries, and other players join in, he could unleash a Syrian-style scenario in a central part of the South Caucasus.

This would not only invalidate all conventional wisdom about “frozen conflicts.” It would also inevitably spill over into the North Caucasus, where territories that form part of the Russian Federation have long been teetering on the brink of Islamist insurrections.

Although Mr. Peskov has been careful in emphasizing that Russian treaty obligations to intervene on the side of Armenia do not cover Nagorno-Karabakh, the threat of a larger Jihadist conflagration across the region would force the Kremlin to get involved, which in turn, would send other dominoes falling.

A long-standing supporter of Armenia, Iran has a large Azeri minority and its security forces have recently clashed with ethnic Azeri demonstrators. Its willingness to support Armenia has been driven by the fact that Israel has developed links with Azerbaijan, to be used in case of Israeli air strikes against Iran. Finding itself on the same side as Turkey, Israel has been swift in dispatching cargo planes with supplies to Azerbaijan.

Turkey, meanwhile, has strained relations with the EU. If the conflict drags on, Cyprus and Greece will not be alone in siding with Armenia. Having already taken a firm stance against Turkey in the Eastern Mediterranean, France is now also in the vanguard of demands for international recognition of Artsakh. If leading members of NATO end up siding with Russia against Turkey, it will place the alliance in a difficult predicament.

The most likely outcome of the current hostilities is that once Azerbaijan has been “allowed” to recapture limited but still significant territories, Russia will prevail upon Turkey to back off and on the belligerents to honor the cease-fire. While Moscow and Ankara do have many serious conflicts of interest, the personal affinity between Messrs. Putin and Erdogan will be sufficiently strong to bring about a conflict refreeze.

In his ambition to become a key player in the South Caucasus, President Erdogan is playing with fire. The most important lesson to be drawn from Syria is that once the forces of Islamist jihad have been unleashed, they will prove hard to restrain. If the Caucasus as a whole descends into a protracted Syrian-style war of all against all, the consequences would be felt far outside the region.

The contest over the Black Sea in the new Cold War

James Jay Carafano
is an expert in national security and foreign policy.
SecurityAugust 11, 2022 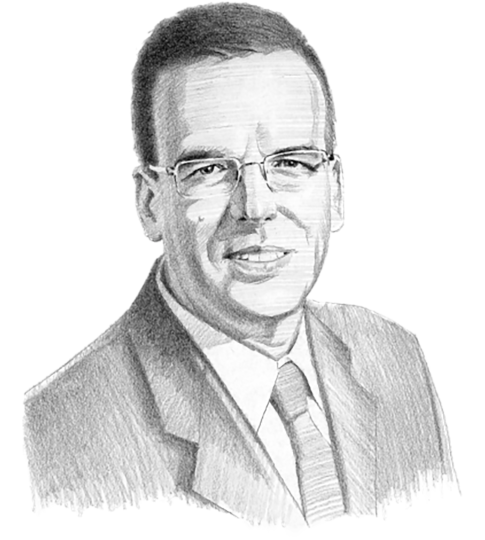 View this report on the web:
https://www.gisreportsonline.com/r/azerbaijan-nagorno-karabakh/