The U.S.-China competition and private sector innovation is driving the rapid development of military technology. Drones, artificial intelligence, quantum computing, lasers and robotics will all become much more commonplace.

There are two forces that will drive how emerging technology affects future military competition. The first is the competition between China and the United States. Their great power rivalry will set the pace of adoption and proliferation of advanced technologies employed for coercive military action.

The second is the global private sector industrial and services base, not just – or even primarily – the defense industry. This includes advanced manufacturing companies, software and services platforms, the space industry and commercial sources of new products, services and innovations.

These developments will probably not overturn the military balance in the near term, but they will broaden when, where and how armed forces fight. The changes that will have the biggest impact are those that affect the great power competition, including the capacity to operate across land, sea, air and space, as well as gain information dominance and project power.

Land warfare: To be able to operate on land, militaries will need to improve their air defense. The rapid proliferation of unmanned aerial vehicles – drones – is the most pressing factor driving this requirement. The global manufacturing base for drones continues to expand rapidly and their deployment will soon become ubiquitous. Moreover, nations are gaining greater access to cruise and ballistic missile technology, as well as advanced aircraft. Countries’ ability to field these assets is outpacing armed forces’ means of defending against them.

Directed-energy weapons systems will be deployed for anti-drone operations.

One of the areas that will develop most rapidly is short-range air defense, including anti-drone systems. Directed-energy weapons systems will be deployed for these purposes, as will advanced electromagnetic jammers and next-generation sensors. The United States, for example, is planning to mount laser weapons on its Stryker armored vehicles.

These developments are fueled in part by the significance of maritime operations in the great power competition, the proliferation of anti-access weapons and the need to operate at extended ranges, potentially from more austere bases.

Advancements are likely to materialize through innovations that overcome the obstacles that have long frustrated the deployment of robust, dependable, and survivable military platforms. Such challenges include power generation, secure communications, and engineering systems capable of operating under the harsh conditions of prolonged deployments at sea or under the sea.

China, for example, has already demonstrated its ability to field underwater unmanned vehicle “swarm technology,” capable of managing and coordinating multiple vehicles at the same time. China has also deployed sophisticated underwater drones including the Qianlong III and Haiyan glider.

Air warfare: Demand for vertical lift aircraft, which can combine the capabilities of airplanes and helicopters, is rising dramatically for several reasons. For one, big advances are being made in the commercial sector. Meanwhile, militaries increasingly need more versatile systems that can operate in contested airspace and operate from austere bases with limited logistical support.

The demand for vertical lift reflects the changing nature of the great power competition as well. As the U.S. and China develop their strategic and conventional deterrence against each other, competition will shift to proxy competitions that will require more adaptive support, as well as air-dominance solutions better suited to advanced vertical lift systems. There is some evidence, for example, that China is developing tiltrotor helicopters for its aircraft carriers.

Space warfare: There are two reasons why technological developments will accelerate military competition in space. One is the rapid expansion of the space industry: costs of launch vehicles are falling, while services for the sector are growing. Powers great and small will leverage the commercial space sector for military purposes.

The second factor driving technology will be the race to develop hypersonic vehicles (traveling five times the speed of sound). These capabilities will provide an unprecedented means to place assets in space quickly and deploy them anywhere in the world. China and the U.S., as well as Russia and others, are rapidly pursuing the development of deployable military systems. All of these countries will have operational capabilities very soon.

Information is the nuclear weapon of the 21st century. Both China and the U.S. build their military operational concepts around dominating the accumulation and exploitation of data, as well as developing measures to disrupt adversaries from operating in the information domain.

A constellation of technologies will fuel this competition. The Internet of Things is flooding the world with digital devices that are collecting and distributing data. 5G, 6G and other telecom systems are dramatically expanding abilities to move data and shift computer-processing power closer to the sources of that data. Artificial intelligence (AI, mainly machine-learning technology) is delivering significant new capabilities for processing data. Quantum computing holds out the possibility for unprecedented advancements in computer processing and is forcing institutions to rethink cybersecurity practices.

While China depends on civil-military fusion, the U.S. relies on private-sector innovation and working with allies.

China and the U.S. have very different strategies for achieving information dominance. China relies on civil-military fusion – having the authority to access every aspect of Chinese national power, including the military, academic and commercial sectors – as well as central planning focused on establishing dominance in telecommunications, AI and quantum computing. The U.S. relies more on private sector innovation and cooperation and joint-effort networking with allies.

Global competition requires the means to project military power globally. Both the U.S. and China are reshaping and developing their global force posture to ensure access for their forces into any theater, and the ability to counter the other. This will become increasingly evident in both the Indo-Pacific and Atlantic. Both countries will pursue technologies that advance their means to achieve these ends.

Technologies that give weapons long-range precision will unquestionably be part of that mix. The U.S. Army, for example, is developing land-based artillery with a range of up to 1,000 miles. It will also likely field a new generation of sea-to-shore and shore-to-sea missiles soon.

The U.S. and China are the largest economies in the world. They will be the most aggressive and most capable of using commercial technologies to influence these key areas of competition in the near term. They will do so because both will see these developments as crucial to their national security.

In the near term, this will likely mean that even as other nations seek to develop these military capabilities, the global military balance will remain relatively stable. The U.S. and China will continue to set the pace of global military competition.

Pawel Kowal
is a politician, political scientist and historian.
SecurityNovember 21, 2022

The U.S.’s never-ending pivot to Asia

James Jay Carafano
is an expert in national security and foreign policy.
SecurityNovember 18, 2022

A narrow path to reforming the UN Security Council

Brett Schaefer
is an expert in international regulatory affairs.
SecurityNovember 16, 2022

Can the U.S. and Taiwan avoid a war with China?

Junhua Zhang
is a senior associate at the EIAS.
migrationNovember 14, 2022

The next wave of mass migration

Will Western Sahara trigger the next crisis?

Urs Schöttli
is an independent advisor on Asian Affairs.
OpinionNovember 4, 2022

Why compromise with Putin is not the solution in Ukraine 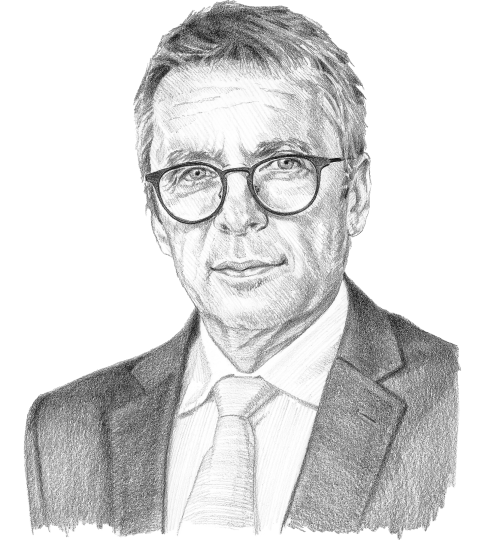 View this report on the web:
https://www.gisreportsonline.com/r/military-technology/