The Association of Southeast Asian Nations is facing crises of disunity and relevance. Without a revamp, the 10 member nations could become captive to rival superpowers.

Russia’s war in Ukraine and the rising tensions between the United States and China have exposed divisions in Southeast Asia, particularly among the 10 nations that make up the Association of Southeast Asian Nations (ASEAN) regional bloc. These divisions are renewing long-standing questions about ASEAN’s influence and relevance.

In the U.S-China rivalry, the nations with more authoritarian leaders tend to line up with Beijing. Cambodia and Laos, for example, are all-in for China, while Brunei, Myanmar and Thailand lean in the same direction. Taking Washington’s side are Indonesia, Malaysia, the Philippines and Singapore. Vietnam is an outlier. Hanoi is critical of China on political and security matters, while dependent on Beijing economically for trade and investment.

The trend is for Southeast Asian states to rely on China for growth and development while looking to the U.S. for security and protection against Chinese hegemony.

Russian aggression against Ukraine has become ASEAN’s newest fault line. The wedge in ASEAN unity from the conflict has not neatly followed earlier patterns. When it comes to China’s interests in the South China Sea and Myanmar’s coup, Cambodia is supportive of Beijing and the Myanmar military, but not so of Russia. Laos’ position appears to back all three: China in the South China Sea, Myanmar’s coup and Russia’s war. Vietnam has been critical of China, silent on Myanmar’s coup, and sympathetic to Russia.

Indonesia, Malaysia, the Philippines and Singapore have aligned in their concerns about China’s role in the South China Sea, Myanmar’s military takeover, and Russia’s war in Ukraine. Thailand has been soft on China’s South China Sea belligerence and Myanmar’s coup, while taking a measured stand against Russia’s invasion. 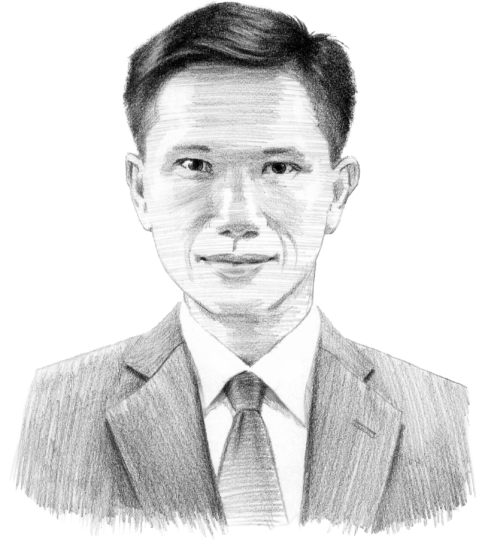 Additionally, Southeast Asia is not fixated only on the U.S. and China. Japan, India, Australia, South Korea and the European Union, particularly France and Germany, are also considered important economic and strategic partners. The United Kingdom is also charting its own path as a major regional player.

Moreover, China is seen as less dynamic as it faces an economic slowdown over difficulties overcoming Covid-19. Talk of a “Chinese Century” or Pax Sinica is less convincing, to say the least. ASEAN also takes note of U.S. gun violence and a kind of political civil war that distract from its superpower role abroad.

The upshot is that ASEAN will become more of a motley region of divergent regime types, geographically divided by the South China Sea, and less of an effective organization.

ASEAN divisions came to the forefront during an infamous 2012 incident when Cambodia, as the association’s rotational chair, failed in getting the 10-member group to issue a joint statement on China’s military maneuvers in the South China Sea. The exercises were opposed by the Philippines and Vietnam, leading to ASEAN’s polarization around China’s assertiveness in maritime Southeast Asia.

The harsh reality is that the ASEAN that the world has known over the past 23 years, since Cambodia became the last Southeast Asian country to join in 1999, has run its course.

The bloc’s hopes for common positions were further challenged by U.S. moves to counter Beijing, first under President Barack Obama and later under President Donald Trump. The Obama response featured the Trans-Pacific Partnership, a regional trade deal that excluded China. President Trump went further, with an all-out trade and technology war against China and projected a “free and open Indo-Pacific’’ strategy to contain and constrain China. As tensions between the two superpowers intensified, ASEAN was pressured and picked apart by both sides.

By 2019, ASEAN tried to regroup. Under Thailand’s chairmanship, the association produced the ASEAN Outlook on the Indo-Pacific, which emphasized regional autonomy. In 2020, under Vietnam’s leadership, ASEAN signed the Regional Comprehensive Economic Partnership.

ASEAN could become more divided and captured by superpower interests, take sides and lose its central organizing role in the region.

But not long after regaining confidence, ASEAN was struck by Myanmar’s military coup in February 2021, and the ensuing civil war since. Southeast Asian governments’ responses to the coup, which overthrew an elected civilian government under the National League for Democracy and Aung San Suu Kyi, lined up on two sides. Indonesia, Malaysia, the Philippines, and Singapore called for the return to a democratic process and pre-coup conditions. The rest of ASEAN was muted on the Myanmar putsch.

Nearly three months later, ASEAN produced a “five-point consensus” to mediate and encourage dialogue among all sides, to be led by an ASEAN envoy. This proposal has made little progress.

One possibility is that ASEAN members can go their own separate ways, taking individual positions on various issues. Already Indonesia, Malaysia, the Philippines and Singapore are leading the way in this approach. Others, such as Thailand and Vietnam, can join on issues if they so choose. The other four – Laos, Cambodia, Brunei and Myanmar – can sit it out or join as they see fit.

The original ASEAN membership – Indonesia, Malaysia, the Philippines, Thailand and Singapore – would have to lead the renewal as core members of the organization.

A second scenario is alarming and dire. ASEAN could become more divided and captured by superpower interests, take sides and lose its central organizing role in the region. As its horizon looks shaky with looming headwinds, ASEAN is seeing history coming back in full force, with the specter of regional divisiveness that prevailed during the Cold War. The U.S.-China confrontation is likely to get worse, mutually driven by security dilemmas, further fanned by nationalism at home on both sides. This unfortunate possibility appears to be in the offing.

John Polga-Hecimovich
is an associate professor of Political Science.

View this report on the web:
https://www.gisreportsonline.com/r/southeast-asia-divides-upheaval/