Much of the small African territory and former Spanish colony is run by Morocco, but the Algerian-backed Polisario Front seeks independence for the Sahrawi people.

Located on the northwest coast of Africa and bordering Morocco, Algeria and Mauritania, Western Sahara – with just 500,000 people – has been the subject of a 47-year territorial dispute between the Polisario Front and Morocco.

Endowed with phosphate and fishing waters, the region became a Spanish colony after the Berlin Conference in 1885. After the Spanish withdrawal in 1975, Morocco, under the rule of King Hassan II, annexed (or reclaimed, according to Rabat’s perspective) the territory. Since then, for strategic, economic and political reasons, Western Sahara has become a vital issue for the Moroccan regime. It may be compared to what the One-China principle means for Beijing to a certain extent.

From Algeria, the exiled Polisario Front declared the independence of the Sahrawi Arab Democratic Republic within the 252,000 square kilometers of Western Saharan territory in 1976. Their ensuing war with Morocco was interrupted in 1991, when Rabat agreed to a cease-fire brokered by the United Nations. Tensions, however, have remained as the parties never agreed on a political solution.

Algeria has always defended the independence of Western Sahara and provides the Polisario Front with funding, an operational base and diplomatic support. It opposes what it considers to be Morocco’s annexation. The land border between Morocco and Algeria has been closed since 1994.

From a strictly legal perspective, Western Sahara remains a non-self-governing territory. From the viewpoint of the UN, Spain, as the former colonizing power, has a political responsibility to the territory and its people. Brahim Ghali, the president of the Polisario Front, has also reminded Madrid about its “legal, historical, political, and moral responsibility” toward the Sahrawi people, the indigenous nomadic inhabitants of Western Sahara.

Two leading solutions have been considered to overcome the stalemate, which has fueled uncertainty and armed clashes. It remains a source of tensions between Algeria and Morocco, the two regional powers with 44 and 37 million people, respectively.

The first solution, expressed by the UN in 1991, is to complete the decolonization process with a referendum on the self-determination of the Sahrawi people. The second, claimed and formally presented by Morocco in 2007, is to grant limited autonomy to the region, which would remain under the kingdom’s sovereignty.

The commitment of the UN and the European Union to the referendum idea seems to be losing strength amid references to more “realistic” options. However, after decades of standoff, three critical developments accelerate the talks on the Western Saharan question.

In November 2020, the Polisario Front broke the 1991 cease-fire and announced a return to armed conflict after Moroccan forces entered a buffer zone. In December of that year, the Trump administration – under the spirit of the Abraham Accords – recognized Moroccan sovereignty over the Western Sahara territory in exchange for the rapprochement between the kingdom and Israel. President Joe Biden has not reversed his predecessor’s decision.

Finally, in March 2021, what started as a diplomatic incident between Madrid and Rabat became a migrant crisis. After Mr. Ghali, the leader of the Polisario Front, was admitted for Covid-19 treatment in a Spanish hospital, Morocco deliberately reduced surveillance along its border with the Spanish enclave of Ceuta and, in two days, more than 10,000 migrants entered the autonomous city.

While the migrant crisis was contained, relations between Madrid and Rabat remained tense, and the episode significantly increased the Moroccan leverage. 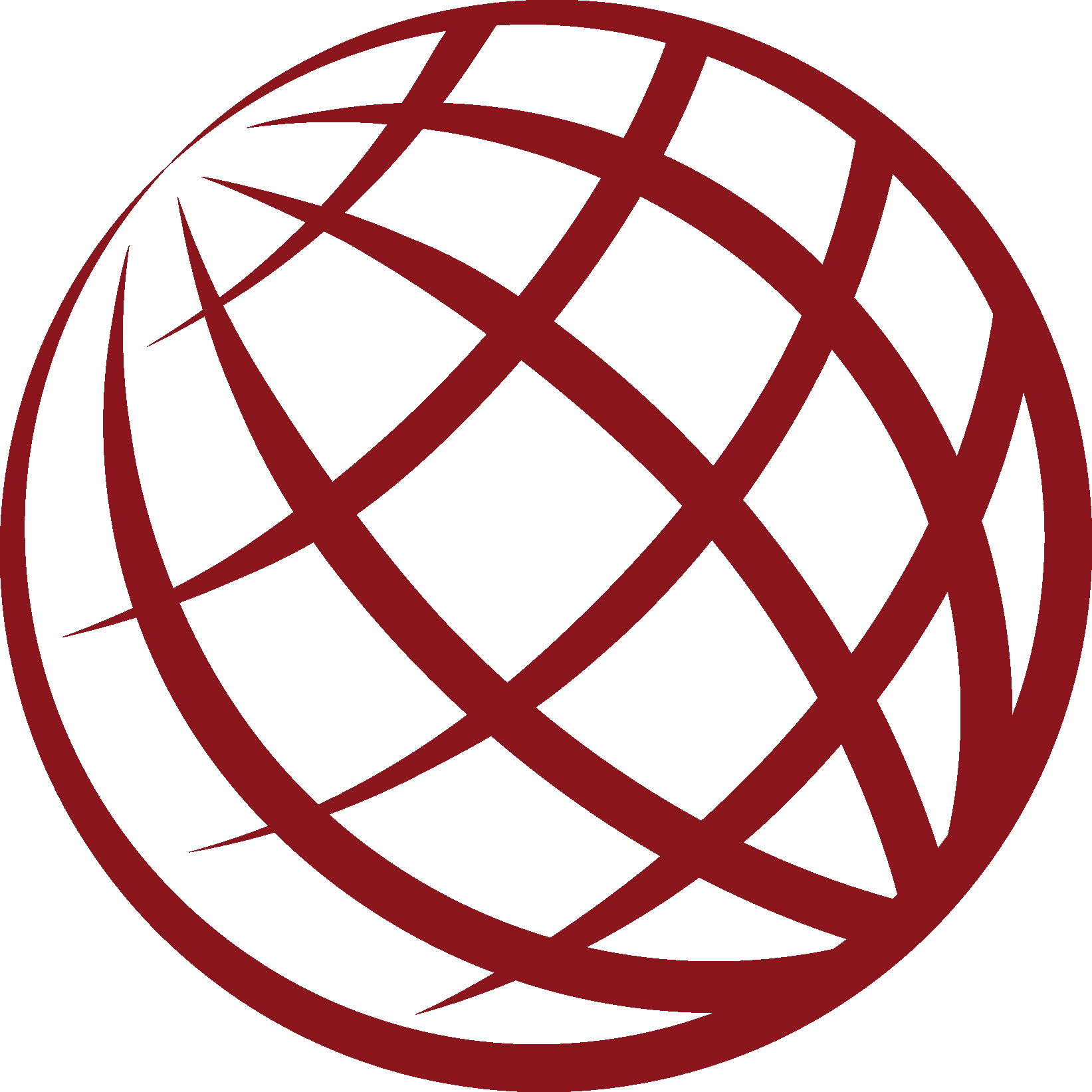 Until recently, Spain has been aligned with the UN on the Western Sahara dispute, supporting a referendum as the most acceptable solution to end the current stalemate. However, in a letter addressed to Morocco’s King Mohammed VI, the leader of the Spanish government called the limited autonomy option the “most serious, realistic and credible” way to settle the ongoing dispute. This decision signals a break from the position of all previous democratic governments. Prime Minister Pedro Sanchez’s decision has been criticized by the opposition on the right and his coalition partners on the left.

However, Madrid’s shift strengthens its bilateral relationship with Rabat. The announcement of the content of the Spanish prime minister’s letter by the Moroccan Ministry of Foreign Affairs was followed by diplomatic gestures and agreements. Rabat has returned its ambassador to Madrid, and Prime Minister Sanchez visited Morocco, where a “new page” in the two countries’ relations was declared. During the visit, both countries announced that the traffic of passengers and goods on sea and land crossings had been resumed, a critical measure to revitalize the struggling economies of Ceuta and Melilla.

Germany and France, albeit discreetly, are not expected to contravene the new Spanish position on Western Sahara. But the issue has proved divisive when it comes to EU institutions. The European Commission and the European Council support this more “realistic” approach while the European Court of Justice (ECJ) has reaffirmed that the Polisario Front is the only legitimate representative of the Sahrawi people. Consequently, the ECJ has prevented the EU from extending the provisions of agricultural and fishery trade agreements to Western Sahara. This position strains relations between the EU and Morocco. And these, for several reasons, are considered strategic.

Morocco is an indispensable partner for Spain, a nation of more than 47 million people. Control over irregular migration flows from the Maghreb and sub-Saharan Africa into Spain is a priority for Madrid. Morocco is able to ease the problem or make it worse. In addition, this rapprochement between the two countries has been accompanied by Rabat’s commitment to the “territorial integrity” of Spain, thus dissipating – for the time being – fears of Moroccan claims over Ceuta, Melilla, and the Canary Islands.

From a strategic point of view, another vital element is energy security. In the EU, Spain and Portugal make up what Prime Minister Sanchez defined as an “energetic island.” Besides the negligible reliance on Russian natural gas in the Iberian Peninsula, Spain has Europe’s largest gas storage and regasification installations. Together, Spain and Portugal account for two-thirds of the European liquified natural gas processing capacity.

Algiers has referred to the Spanish shift on Western Sahara as a “historical betrayal” of the Sahrawi people.

Last year, amid rising tensions with Morocco which led in August 2021 to the cutting of diplomatic ties, Algeria did not renew the 25-year MGE pipeline operation agreement. Since 1996, Algiers has exported around 10 billion cubic meters (bcm) of gas to the Iberian Peninsula through this pipeline per year. As part of the deal, Morocco received about 1 bcm per year in transit fees, which accounted for over 90 percent of the country’s needs. In October, the Algerian president ordered the end of commercial relations between SONATRACH (the national oil company) and ONEE, the Moroccan state-owned power utility.

This succession of events occurred after the rapprochement between Morocco and Israel and in a global context marked by rising energy prices. Madrid has reassured Rabat by declaring that it would allow the transport of Algerian gas through Spanish territory and that Morocco could use the Spanish regasification plants.

At first sight, this rapprochement between Madrid and Rabat could seem unwise, given the risk of rising tensions between Spain and Algeria, a crucial partner for energy security in a critical moment of high energy demand. Algeria has referred to the Spanish shift on Western Sahara as a “historical betrayal” of the Sahrawi people and recalled its Madrid representative for consultations.

As generations grow up in refugee camps, there is no political solution in sight.

However, while Algeria considers Western Sahara relevant for both symbolic and strategic motives, the country’s main priority now is to become a key energy player. In 2021, Algerian gas production reached an 11-year high, and the government is focusing on reforming the energy infrastructure and developing its reserves. Given this strategic priority and the relevance of the European market, Algeria must cement its image as a reliable partner. While a “recalculation” of prices for Spanish customers has been announced, the country is expected to abide by its supply contracts.

Besides relevant geopolitical and geostrategic trends, recent events have shown that the Western Sahara question has become unsustainable. As generations grow up in refugee camps, there is no political solution in sight.

While several players consider the autonomy option as the most “realistic,” such a solution would likely be met with resistance by the Sahrawi people. At the same time, Spain’s decision to change its position exposes how European countries are vulnerable to the weaponization of migration. Besides the migration issue, Africa has also become an important alternative for European countries trying to reduce their energy dependence on Russia. However, considering the lack of adequate infrastructure, bottlenecks and – in some cases – political and security risks, the road ahead is far from linear.

Against this background, two main scenarios are apparent.

Under a first, most likely scenario, Madrid will maintain its support for Morocco in the Western Sahara question, regardless of the outcome of the next Spanish general election in 2023. This policy will not, however, deliver a solution to the conflict. The stalemate over the status of Western Sahara will remain, and tensions between Morocco and Algeria are expected to increase.

The EU is not expected to present a coherent stance, and the ECJ will likely maintain its position of recognizing the sovereignty of the Sahrawi people. The EU will not have much to offer Rabat in diplomacy or trade.

Under a second, slightly less likely scenario, tensions over Western Sahara could lead to an armed conflict between the two regional powers. Both countries are expected to struggle with rising food prices for the foreseeable future, which may become engines of regime change, as seen in the Arab Spring. Such a scenario would harm energy security in Spain and beyond while increasing migrant and refugee flows and worsening the humanitarian situation in the Sahel.

In an already complex context, one additional aspect must be considered. Over the past decade, Russia has increased its presence in the Maghreb, assuming a determinant position in the Libyan conflict and signing cooperation agreements with countries like Egypt and Tunisia. In the same way, Algiers and Rabat have strengthened cooperation with Moscow. Algeria was the only country in the Maghreb to vote against the removal of Russia from the UN Human Rights Council, and Algerian and Russian forces are allegedly conducting military drills along the border with Morocco. Morocco, in turn, is not expected to defy Russia, given its need to secure wheat imports amid rising food prices.

In practice, this means that – although indirectly – Moscow may continue to threaten Europe’s energy security in the long term.

John Polga-Hecimovich
is an associate professor of Political Science.

View this report on the web:
https://www.gisreportsonline.com/r/western-sahara/