In the nuclear arms area, we should expect a return of Cold War-like contests. There will be new actors, however, and their strategies will be more refined.

Nuclear warfare, deterrence, missile defense and proliferation dangers will become increasingly serious global competition issues. As nuclear competition escalates again, traditional arms control mechanisms are likely to be less relevant in the near term. The impacts of this shift will be worldwide, potentially influencing both global and regional security considerations.

The future of nuclear war issues could look more like the not-so-recent past, the long nuclear standoff between the West and the Soviet Union. From the outset of the Cold War, nuclear strategy persisted as a critical component of global competition, intimately intertwined with a conventional security strategy. The established nuclear powers were the United States, France and the United Kingdom in the West and the Soviet Union on the opposing side.

Deterrence through the threat of the use of nuclear weapons dominated strategy. Nuclear umbrellas were created by deploying tactical nuclear weapons. Extended deterrence was accomplished by the threat that any tactical use of atomic weapons (short to mid-range, with lower-yield warheads) could rapidly escalate into full-fledged global nuclear war.

The efforts to limit proliferation were a feature of nuclear arms control, but the primary goal was slowing the arms race between the U.S and the Soviet Union. Only in the last years of the Cold War, agreements led to significant reductions in capability.

Countries retained nuclear forces as a deterrent but minimized their importance as components of national strategy.

Proliferation was countered mainly by persuading other countries not to develop weapons, and it was achieved by extending nuclear deterrence or other security guarantees. Notably, although more than a half dozen nations (including Australia, Japan, South Korea and South Africa) initiated programs, only China, Israel, Pakistan, and India fielded nuclear weapons during the Cold War (in each case, in response to specific regional security concerns).

By and large, in the post-Cold War era, nuclear powers shifted to managing their nuclear forces. The predominant issue was dealing with proliferation through active measures: attempting to prevent nations or non-state actors from obtaining weapons technology, materials, or ready arms. Arms control and confidence-building measures – such as de-targeting strategic weapons – predominated, as countries retained nuclear forces as a deterrent but minimized their importance as components of national strategy. Missile defenses proliferated as the technology matured.

Over the last two decades, there has been an active movement to press for nuclear disarmament. Though activists in the West did demand disarmament during the Cold War, particularly in the 1970s (fueled, in part, by covert Soviet funding and support), it never significantly impacted the nuclear competition. In contrast, during the presidency of Barack Obama, the advocacy for “global zero,” the elimination of atomic weapons by voluntary reductions in inventories, gained adherents in several governments aside from Washington. In the end, however, the policy failed to be adopted.

It is worth contrasting these two periods. Since the post-Cold War policies differed so much from the superpowers’ confrontation, much of the expertise, practices, doctrines and strategies of the nuclear standoffs age have atrophied in the West. However, the current dynamics of global competition are far more like the previous era, and many of the forms of that competition will be relevant again. 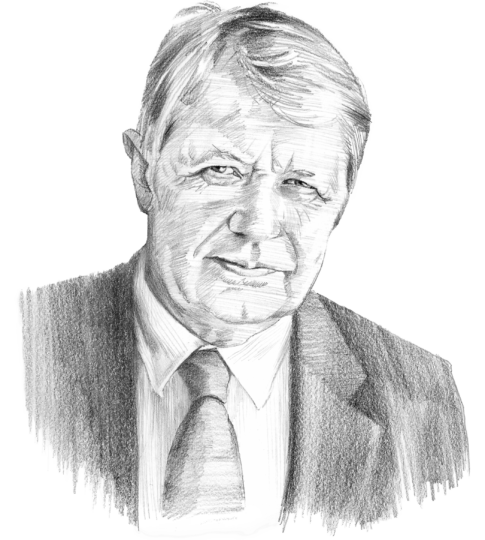 Russia: Moscow is far more likely to increase its dependence on strategic deterrence after the war on Ukraine. President Vladimir Putin’s expansionist policies in Europe always included a nuclear dimension. In 2019, the U.S. withdrew from the 1987 Intermediate-Range Nuclear Forces Treaty (INF), claiming Russia had been expanding this class of its nuclear weapons with a range that could strike most of Western Europe. On top of that, Russia was building up and modernizing its nuclear arsenal and developing new, ultra-fast hypersonic weapon delivery systems.

No doubt, in concert with pressure on NATO and reabsorption of the post-Soviet states, Moscow intended its tactical and mid-range systems to be another component of its dominant military position over the sphere of influence that would include most of Central Europe. Not achieving the most far-reaching objectives in Ukraine and suffering significant combat losses will mean that Russia will have to reemphasize its strategic forces to continue to pressure the West militarily.

China: For several years, independent analysts and unclassified government assessments have concluded that Beijing has been expanding its strategic nuclear arsenal. In addition, China has repeatedly stated it has no interest in participating in global arms control talks. A fair conclusion is that Beijing likely seeks strategic nuclear parity with the U.S. and Russia.

Iran/North Korea: In the case of these two countries, concerns over nuclear proliferation are greater than ever. There is little prospect that discussions over a restructured Iran deal will reduce concerns over the Iranian drive to field a nuclear-weapons capability. Similarly, U.S. efforts to secure North Korea’s denuclearization are moribund.

Indeed, the prospects of additional regional proliferation are rising. If Iran becomes a declared nuclear power, Turkey, Saudi Arabia and Egypt could follow. In northeast Asia, the incoming new conservative administration of South Korea has signaled an interest in discussing the deployment of U.S. tactical nuclear weapons.

The most likely scenario is that nations will return to competitive practices that were efficacious during the Cold War in this more unsettled strategic environment.

The United States, Russia, China, the UK and France will likely rely on strategic deterrence, strengthening and expanding their arsenals. In the U.S., for example, there is far greater bipartisan support for upgrading and modernizing the U.S. nuclear deterrent.

The proliferation of missile defenses, including the expanded use of directed energy weapons technologies, is likely. Because of technological advances, there will be more reliance on an offense-defense mix of strategic weapons than during the Cold War. An offense-defense combination makes assured first strike capability less credible without employing massive arsenals. In a multipower nuclear environment, nuclear-armed nations will find an offense-defense mix inherently more stabilizing than relying solely on nuclear retaliation.

Most likely, it will take a back seat in the near term. Agreements will not constrain the expansion of nuclear arsenals.

Ukraine’s strategic communication in the war with Russia

What role for Europe in the Middle East and North Africa?

Serbia sees itself as heir to Yugoslavia’s nonaligned tradition

Crimea’s past, and its postwar future

Pawel Kowal
is a politician, political scientist and historian.
SecurityJanuary 9, 2023

Pierre Boussel
is a columnist and researcher specializing in the Arab world.
SecurityJanuary 4, 2023

Paul Dragos Aligica
is a professor of political and administrative sciences.
SecurityJanuary 3, 2023

Ralph Mathekga
is a political, social and economic researcher.

View this report on the web:
https://www.gisreportsonline.com/r/nuclear-arms-competition/